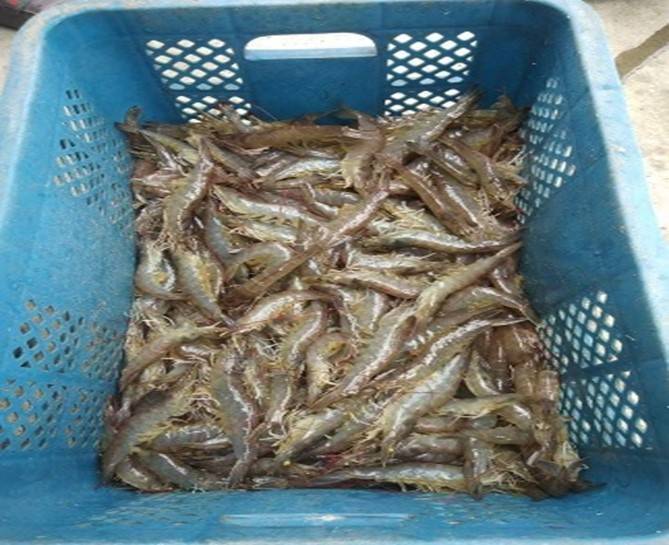 The Department of Science and Technology (DOST) has logged “significant improvement” on farmers’ agriculture and aquaculture-based enterprises in Central Luzon following the implementation of its Consultancy on Agricultural Productivity Enhancement (CAPE) program.

(Photo from DOST-Mimaropa) A total of 26 farmers from seven provinces in Central Luzon have been assisted by the program, which seeks to improve agricultural and aquaculture productivity.
“Various farm beneficiaries of the Consultancy on Agricultural Productivity Enhancement (CAPE) program showed significant improvement on their agriculture and aquaculture-based enterprises as shown in the assessment of the farmers’ technical needs and problems that began in April 2021,” DOST Secretary Fortunato “Boy” T. de la Peña said in a report.
He cited as example the introduction of clean and healthy juveniles or fingerlings in the shrimp production business of April Tiongson of Orani, Bataan, which has produced 50 percent higher yield than usual aside from other interventions such as water quality monitoring.
Under the CAPE program, consultancy teams are deployed to undertake technology improvement and enterprise productivity studies in micro, small and medium enterprises (MSMEs) in the agricultural and aquaculture sectors.
The program intends to institutionalize effective farm management strategies, including transfer and commercialization of better technologies, to improve agricultural and aquaculture productivity.
De la Peña also noted that CAPE beneficiary Alban Sagampod, who is engaged in duck egg production in Baler, Aurora saw a significant reduction on the number of reject eggs from 60 percent down to only 25 percent after applying proper housing and providing nesting boxes for the egg layers.
He said the program also assisted JM Ramos of RV Ramos Cacao Farm in San Luis, Aurora in improving his cacao business.
“Technical interventions such as pruning and rejuvenating techniques as well as introduction of new varieties like UF18 and BR25 were inculcated by Mr. Grover Rosit, a cacao expert from Davao City, to Mr. JM Ramos,” he said.
The DOST chief also cited that through CAPE, Joaquin Garcia farm in Tarlac City “was able to reduce their losses due to Cecid Fly infestation by adopting location-specific interventions, appropriate and timely pesticide management, pruning strategies, and proper fertilizer application combined with microbial inoculant Mycorrhizae to enhance nutrient absorption of the trees.”
He noted that CAPE Cycle 2021 has so far assisted 26 farmers from the different provinces of Region III.
Included in the list of beneficiaries are six farmers from Aurora who are engaged in the production of pineapple, and dragon fruit and aquaculture; five farmers from Pampanga who are into the production of various vegetables, Vannamei shrimp, Bangus, mud crab, azolla; four farmers each from Bulacan and Tarlac who are engaged in squash, tomato, string beans and mango production; three farmers from Nueva Ecija who were into cacao production; and two farmers each from Bataan and Zambales who were involved in the production of Vannamei shrimp, milkfish, mud crab, and azolla.