Concerned OFWs ask: How secure are 2022 Philippine polls against hacking? 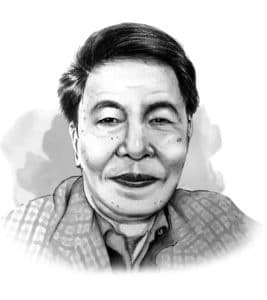 OFW Forum
Jun Concepcion
Governor Benjamin Diokno said last month that the Bangko Sentral ng Pilipinas would conduct an investigation into complaints of dozens of Banco de Oro depositors who claimed to have lost varied sums in their savings accounts. BDO, the country’s largest universal bank, has acknowledged the problem and pledged to probe the complaints and take the necessary remedial measures.
In June 2017, Bank of Philippine Islands customers also complained against “mystery withdrawals” which the bank subsequently attributed to a mere technical glitch.
And just last week, the Manila Bulletin reported an alleged breach in Commission on Elections data, downloading loads of information. Comelec officials denied the hacking claim, but curiously, commission officials failed to offer concrete and adequate measures that would ensure the integrity of its servers and the national electoral exercise in May this year. They merely offered denials and general assurances.
However, blanket assurances, plain and simple, won’t convince and assure people, including overseas Filipinos who track closely the incidence of cybercrimes in the country and elsewhere.
If the BSP head himself and two of the country’s largest banks have acknowledged cybersecurity breaches in the country, those problems therefore exist concretely and are not merely figments of the imagination. Beyond simply acknowledging these problems, aggressive and determined actions should be taken against them.
However, the Comelec apparently takes a nonchalant stance that is certainly infuriating.
Understandably, scores of overseas Filipinos, notably Jericho M. in Hong Kong, Robert C. in Nevada, Rene P. in Montreal and Eliseo R. in Saudi Arabia are fuming mad at the seeming nonchalance of election officials.
The grave concerns of overseas Filipinos are not without basis and merits. Election tampering was a major national security issue in the United States and Australia in recent years.
In September 2020, Microsoft cited hackers, with ties to Russia, China and Iran, attempted to snoop on people and groups involved with the presidential elections in the US in 2020.
In September 2019, news agency Reuters reported that Australian intelligence has determined that China was responsible for a cyber attack on its national parliament and three of the country’s largest political parties before a general election in May that year.
Since the global credentials of Microsoft and Reuters are beyond doubt and repute, there is absolutely no reason to diminish or dismiss the gravity of hacking of national elections, especially by a government or governments with vested interests in a country where elections are to be held.
This backdrop should serve as more than ample basis for Comelec and senior Duterte administration officials to take more concrete actions more than sweeping general assurances to ensure genuinely that the forthcoming elections will be free and devoid of hacking issues or problems.
“Let’s face it fair and square, the country’s information technology infrastructures and level of security are not as solid, advanced and secure as those in other countries, like those of Russia, China and even Israel despite its small size,” said Jericho M. in Hong Kong.
“If our government cannot fully secure the integrity and security of the country’s IT infrastructures, why not consider enlisting the assistance of a neutral and tech savvy country with no known vested interests in our country, such as Israel or Estonia, against any cyber attack,” he said.
“A government-to-government arrangement, which is done anyway in Philippine overseas manpower deployments, can be forged to ensure that no particular local political group will benefit from the scheme,” he added.
Rene P. in Canada and Eliseo R. in Saudi Arabia have concurred even as they noted the great irony of the Philippines producing and “exporting” some of the best IT professionals to Singapore, Silicon Valley in the US and in other countries, but being unable to adequately secure its own IT infrastructures and networks.
“During the 2016 presidential elections, for instance, there was an unexpected technical glitch for several hours while votes were being counted.  Comelec officials at that time dismissed that incident as a non-issue. But they failed to come up with a detailed and proper explanation of that incident,” Rene said.
With over three months to go before the May 2022 polls, the Comelec, together with relevant agencies, should scramble and immediately set up a task force to map out strategies and concrete measures to thwart whatever hacking attempts that might be mounted, he said.
“In the end, it all boils down to integrity and trust. If the integrity of our own IT systems and people manning them can’t be fully trusted, why not partner with a tech-savvy neutral government, like that of Israel or Estonia, to help us foil a potential cyber attack,” said Jericho.
Contact this writer at [email protected]