Duterte still has no copy of Rome Statute; ICC pullout an ‘empty gesture’ due to treaty’s non-publication

Home » Duterte still has no copy of Rome Statute; ICC pullout an ‘empty gesture’ due to treaty’s non-publication 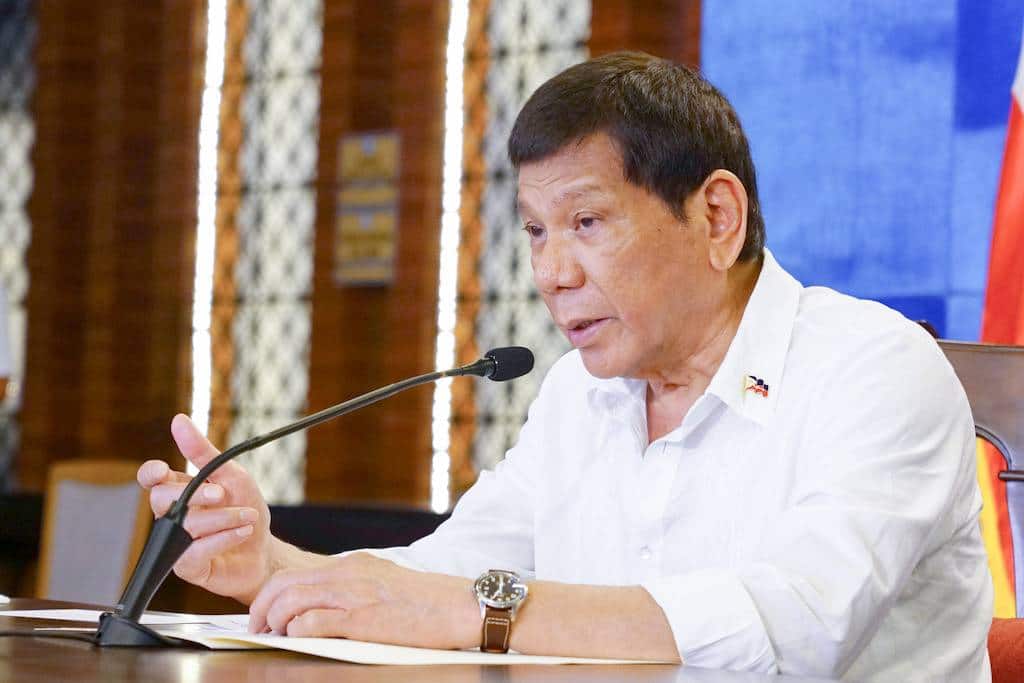 The country’s withdrawal from the Rome Statute that created the International Criminal Court (ICC) was an “empty gesture” since it never became a law in the country in the first place, President Duterte insisted late Wednesday.

Addressing the nation, the President said he still has no copy of the ICC treaty since it was not published on the Official Gazette, a legal requirement before any law takes effect in the Philippines.

Duterte ordered the pullout of the country’s membership from the treaty in 2018 over alleged violation of due process, among others. The withdrawal came shortly after a preliminary inquiry was initiated into the alleged rights violations linked to Duterte’s war on drugs.

“Now you want me prosecuted. It was an empty gesture of me wala kasi (because there was nothing). There was nothing to withdraw in the first place. Ginawa ko lang ‘yun to impress everybody na wala talagang batas (I just did that to impress on everybody there was really no law). I was withdrawing nothing. Until it is established there was publication, then it becomes a law,” he pointed out.

Duterte maintained that the ICC would never acquire jurisdiction over him due to the non-publication of its founding treaty in the country. He reiterated that he would rather face a local court than be placed on trial before the foreign tribunal.

Duterte to run to Supreme Court if deprived of due process in drug war probe
Duterte recalled that when the Senate ratified the treaty years ago, the document was not transmitted to the Executive department that could have published it on the Official Gazette. As a result, he pointed out that the country’s approval of the ICC treaty was “short-circuited” or hastily made.

Publishing a law or treaty on the Official Gazette would put notice Filipinos like him about the existence of such law, he added.

But years since its ratification, Duterte admitted that he has not read the ICC treaty, saying the Palace archives and printing bureau have certified that such document was not published.

“I’ve never read that document. Wala ako talagang alam sa demonyo na ‘yan. Walang notice (I don’t know anything about such demon. There was no notice),” he said.

“Why would you bind me something which I did not know?” asked Duterte who has been under fire for the alleged killings and other abuses in the drug war.

The Supreme Court earlier ruled that the country was still obligated to cooperate with the processes initiated before the ICC despite its withdrawal from the treaty that established the Hague-based tribunal. The ruling was included in the SC decision junking a petition questioning the legality of President Duterte’s decision to withdraw the country’s membership from the Rome Statute without the concurrence of Senate.

The Palace however argued that the President could not be compelled to cooperate with the foreign tribunal. “Unfortunately, the lack of enforcement mechanism cannot compel the Philippines to cooperate when the President has clearly said we will not do so,” Presidential spokesman Harry Roque said during a televised press briefing Thursday, July 22.

Duterte refuses to face ‘white people’ in ICC: ‘How are you supposed to get justice there?’