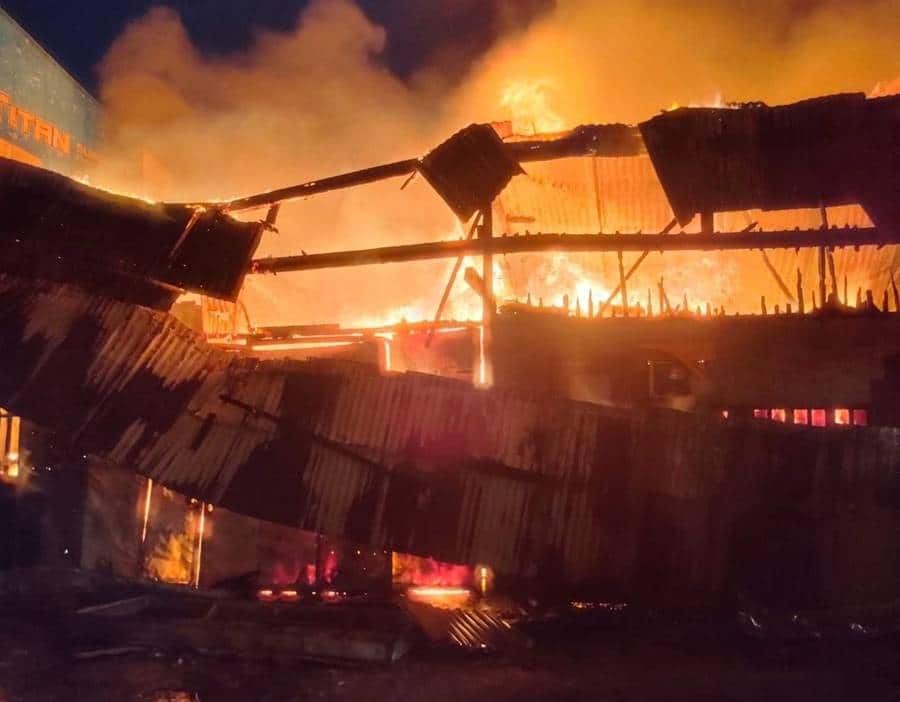 A fire razed two establishments inside a subdivision in Barangay Putatan, Muntinlupa on Jan. 15.

A total of 36 fire trucks from the Bureau of Fire Protection, volunteers and local government units responded to the incident

Investigators estimated the damage to property at P500,000. The cause of the fire is under investigation.