I love you, ma Cherie amour! 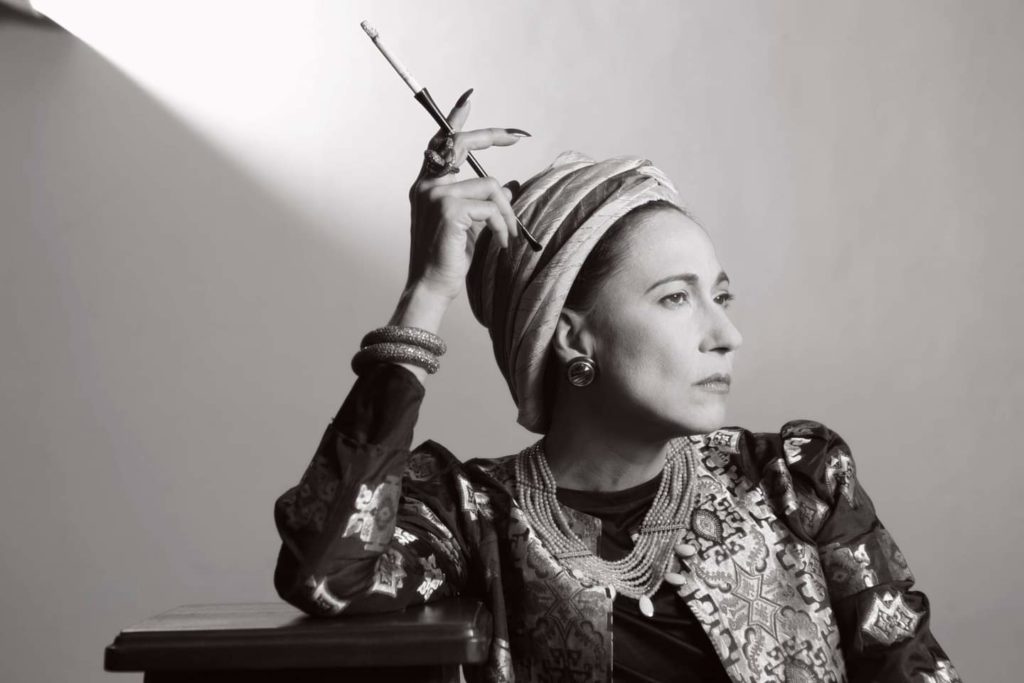 Or why I hate to say goodbye to Cherie Gil Eigenmann

Cherie Gil was a soul too free to be contained too long in a body.

At birth 59 years ago, she was named Evangeline Rose Gil Eigenmann by her parents, Philippine showbusiness royals Eddie Mesa and Rosemarie Gil, but she would quickly come to her own, having been cast in the movies, the milieu of her childhood, even before she reached her teens.

She debuted in a leading role in the 1978 film Bubot na Bayabas, but it was a year later, in the Elwood Perez film Problem Child, that she started to make her mark as an artist.

I first noticed Cherie in the Peque Gallaga classic Oro, Plata, Mata, but many years after it was released in 1982 among the showpieces like Ishmael Bernal’s Himala presented at the launch of the very first Manila International Film Festival at the Parthenon-inspired Manila Film Center at the CCP Complex. Shown alongside these Filipino gems during the festival were Mommie Dearest starring Faye Dunaway, On Golden Pond with Jane Fonda and Katharine Hepburn, The French Lieutenant’s Woman with Jeremy Irons and Meryl Streep, and Body Heat, the official entry from the US, which starred William Hurt and Kathleen Turner. Also shown were Chowringhee Lane from India, Jacks of All Trades from Yugoslavia, Smash Palace from New Zealand, and The Beloved Woman of Mechanic Gavrilov from the Soviet Union, which respectively won the best film, best direction, best actor, and best actress awards.

Among the audience invited to the Manila Film Festival were George Hamilton, Peter Ustinov, Priscilla Presley, Michael York, Brooke Shields, Franco Nero, Ben Kingsley, Jeremy Irons, and Robert Duvall. It was an “all-out spectacular” as a New York Times headline described it, whose after-parties, hosted by then first lady Imelda Marcos, were so glittery and glamorous they were compared to a set for Camelot or Hollywood in the 1920s.

It was in Oro, Plata, Mata, in the way she portrayed innocence turning into disenchantment and then into bitterness in her character Trining, that Cherie Gil made her mark on me, although she might have ascended to the level of pop culture in her iconic contravida role as Lavinia Arguelles in the 1985 Sharon Cuneta-starrer Bituing Walang Ningning, thanks particularly to—now immortal, like Cherie—the line “You’re nothing but a second-rate, trying-hard copycat.”

Cherie Gil has many films to her name, but aside from Oro, Plata, Mata, as well as Manila by Night (1980), it was only with Sonata (2013), a reunion with Peque Gallaga and Lore Reyes, which she herself produced using her self-started outfit My Own Mann, that I became obsessed. In many of her movies, she seemed much too big and yet too constrained that I would sometimes end up thinking the material wasn’t worthy of her vast talent.

I call on the art gods to touch us in our most vulnerable, most selfless, most loving parts.cherie gilIn 2008, Cherie played the opera diva Maria Callas in the Tony Award-winning play Master Class staged by the Philippine Opera Company at the Carlos P. Romulo Theater at RCBC Plaza. On this stage Cherie was in her element, larger-than-life in her portrayal of a larger-than-life character, La Divina, whose teaching stint at the Julliard School of Music at the end of her career was turned into Master Class, in which, through a monologue, Cherie as Callas took me through the international opera circuit, from La Scala to Covent Garden, from the Metropolitan Opera House to the Paris Opera, in thrall with the works of Bellini, Puccini, Verdi, and Wagner.

Many years later, in 2013, when I caught wind that she was going to do Full Gallop, in which she would play the fashion editrix Diana Vreeland, whom I consider my personal hero as a lifestyle journalist, I made a point of reaching out to her.

Cherie was in New York on vacation, but also to research on her role. Full Gallop by Mark Hampton and Mary Louise Wilson is set at a recreation of Vreeland’s “garden in hell” living room on Park Avenue in which, having returned from a four-month escape to Paris after being unceremoniously fired from the American Vogue, she sets up a dinner in the hope that one of her guests could be charmed to bankroll her plan to put up a magazine of her own. I gave Cherie unsolicited advice, pointing her to the places Vreeland frequented in New York. I also told her, “Speak as if every sentence ends with an exclamation mark or multiple exclamation marks without shouting. Speak as if you have candy in your mouth, or you are in a perennial cocaine high. Better yet, purr, drawl, recite every sentence like a bon mot.”

After taking her bow at the end of one of the special performances of Full Gallop in Manila, sponsored by Bulgari, Cherie spoke to the audience and mentioned my name. She said, if I may paraphrase from memory, “I wasn’t too worried about playing Diana Vreeland in Manila. I was thinking nobody knew her too well here anyway—and then I get a call from Arnel Patawaran.”

After that, more than a star I looked up to or an artist I watched from afar, Cherie became my friend. When I launched my book Hai[Na]Ku and Other Poems at the Conservatory of the Peninsula Manila in 2016, she, along with Heart Evangelista and theater actor Opaline Santos, read one of my poems as part of the program. At the height of the pandemic, she and I would talk over Zoom about anything and everything, including Marcel Proust, Vladimir Nabokov, Kazuo Ishiguro’s Remains of the Day, and her dreams of writing her memoirs without having to worry too much about the consequences of full disclosure.

While we were all in a hard lockdown, Cherie launched her Yakap Sining initiative, by which she invoked the power of the arts, particularly music, film, painting, and poetry, to address the hopelessness, anxiety, disconnection brought about by the pandemic. For the poetry segment, she invited me and national artist for literature Virgilio Almario (Rio Alma) as speakers, presenting one of my poems, “The Last Summer Before Extinction,” which she herself voiced in a video produced by Manila Bulletin Lifestyle assistant editor Jules Vivas.

When Cherie told me about her cancer early this year, I didn’t know what to say. But I shared with her a song I was obsessed with in 2020—“Kettering” by the Brooklyn band The Antlers from a conceptual album they called Hospice, dedicated as it was to cancer and the Memorial Sloan Kettering Cancer Center in New York City, where Cherie was receiving treatment. She wrote back and said, “I shall listen to that song tomorrow to begin a great day. I keep your words to heart.”

REINVENTION Cherie Gil modeling the androgynous trend on the cover of Sense&Style, 2011, photographed by Sara Black

Ah, Cherie, ma Cherie amour, if you only knew. Like Vreeland, like Nabokov, like all those people and things of rarefied genius you called “the art gods,” I loved you and your art to the level of obsession. Now, you are up there with them, beyond reach, and therefore I can love you the way I love them.