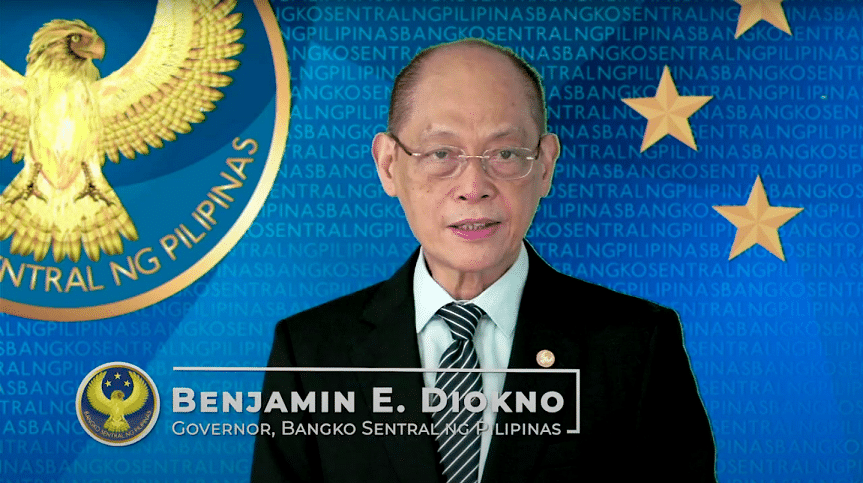 Inflation rate is expected to stay within the two-four percent target band for this year and in 2023 as long as global crude prices do not go past $95 per barrel, said Bangko Sentral ng Pilipinas (BSP) Governor Benjamin E. Diokno on Saturday, Jan. 15.

Diokno said based on the latest BSP simulation on the impact of crude costs on local inflation, it should hold below the target unless Dubai crude oil rises above $95 per barrel from January this year until December 2023.
“Inflation could settle above the target range if crude oil prices average higher than $95 per barrel for 2022 and 2023. The scenario analysis considers only the direct effects and does not incorporate any potential second round effects on transport fares, food prices, and wage increase among others,” said Diokno.
The country’s inflation in December has dropped to 3.6 percent, bringing the 2021 average to 4.5 percent which was still higher than BSP’s full-year forecast of 4.4 percent. With a manageable inflation last month, the central bank forecasts that inflation will average at 3.4 percent in 2022 and 3.2 percent in 2023.
“For this year, inflation is likely to lower than the midpoint in Q1 (first quarter) before it goes above the midpoint in Q2-Q4 (second quarter to fourth quarter),” said Diokno.
The BSP’s inflation projection for 2022 and 2023 is based on the assumption that Dubai crude oil will average at $72.66 per barrel this year and $68.74 per barrel in 2023.
“We explored various oil price scenarios ranging from $50-$100 per barrel. The assumption is that oil prices are sustained at these levels starting January 2022,” said Diokno.
Diokno said the BSP analysis “supports the view that future oil prices remained in backward action, wherein near term contracts have a higher price compared to longer term contracts. This view is consistent with the latest assessment of international energy agencies.”
“Unlike in 2021, where the oil industry was in deficit position (demand exceeded supply), in 2022 the industry will be in surplus position (supply exceeds demand),” he explained.
The BSP chief, who is an economist, said downward pressures on world crude prices could come from several sources including the recent announcement of the Organization of the Petroleum Exporting Countries of raising output starting February 2022.
Diokno also said that since the pandemic is “still raging owing to the more contagious, though mild, Omicron variant” international travel will continue to be down, “hence lower demand for aviation fuel.”
He also pointed out that since many advanced and emerging economies are grappling with high inflation after the pandemic-induced recessions, then “those with oil reserves — for example, US, UK and other countries— maybe compelled to release their oil reserves.”