Bonifacio Global City (BGC) is the flagship project of Bases Conversion and Development Authority (BCDA). Along with Ayala Land, Inc. and Evergreen Holdings, Inc., BCDA conceptualized their version of an ideal city as they transform this former military base into premier center of economic growth.

BGC has Fort Bonifacio Tunnel which is hidden underneath the streets that traverse C-5 and Kalayaan Avenue. The Heroes’ Cemetery is also located in the area which  is a memorial ground for Filipino soldiers who fought during World War II as well as for Philippine Presidents and other honorable Filipino citizens. American soldiers who risked their lives during the same era have been buried at the Manila American Cemetery and Memorial, also located within the city.

As of 2015, BGC has produced 2,143 graduates. The accessibility to neighboring cities such as Cavite, Laguna and Rizal (via SLEX and C5 road) has allowed both BGC and Mckinley Hill to attract more students, producing 45,424 graduates in total.

In Taguig, where BGC and McKinley Hill are located, population density within a 5-kilometer radius is 17,000 persons per square kilometer  with a population of 886,722 (2020). Because of this, BGC is being considered as the fastest growing highly urbanized city (HUC) in the region with an average annual population growth rate (PGR) of 4.32%.

BGC is directly linked to Manila’s two major highways: EDSA and C5. There are seven major access points in the area which include Kalayaan Avenue from the North, Kalayaan Flyover via EDSA and Makati, McKinley Road from the West, the three gates from C-5 Highway from the east, and via the Airport through Villamor Air Base from the south.

In terms of residential condominiums, there are a lot of properties to choose from, which include: One Uptown, Blue Sapphire, Sapphire, Crescent Par, Luxe, Ascott, Verve, Icon and  Arya residences.

Hotels like SEDA and Shangrila at the Fort  can offer 755 rooms and malls around Uptown Place Mall, Market! Market!, Venice Grand Canal Mall, Serendra, SM Aura and other commercial developments are designed for every resident to have the complete experience of the modern cosmopolitan living

Due to slightly lower rental rates compared to Makati, demand for BGC is continuously increasing the demand for offices spaces. 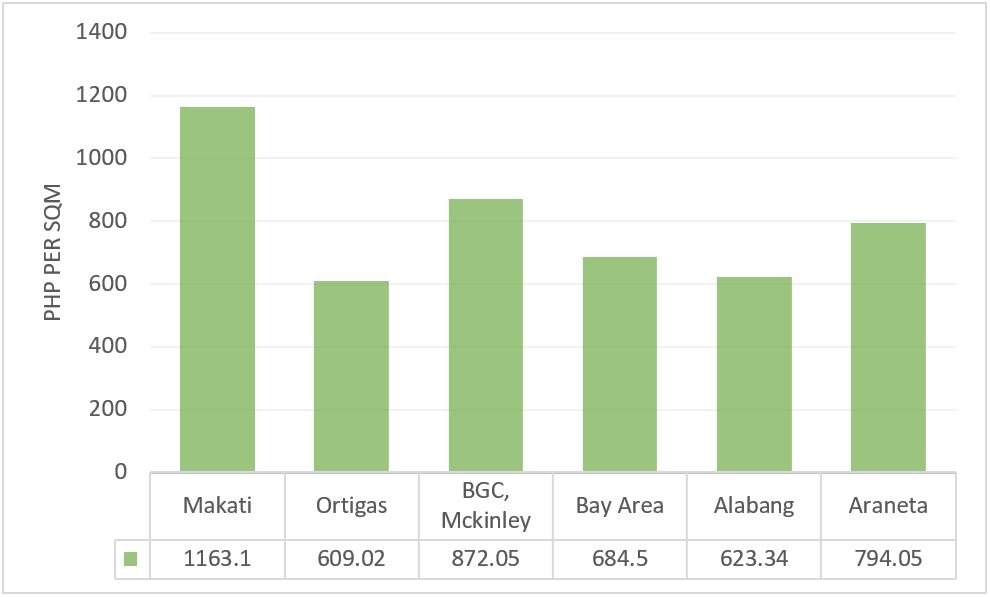 The World Bank recognized Taguig as one of the best places in the country to do business in. In the institution’s most recent Ease of Doing Business study, Taguig ranked first among the cities in Metro Manila to have the easiest and least number of processes of putting up a business, besting richer and older cities.

Due to  city’s business model of no corruption, lower taxes, better business policies and no “number coding” for vehicles, there is a high investor confidence in the area that leads for corporations to relocate their global, regional or national headquarters in the business district like  Intellectual Property Office (IPO) and the Philippine Chamber of Commerce and Industries. Unilever, Globe, Citibank,Coca-Cola Bottlers Philippines Inc. and Eastwest Bank.