Roxas City is an emerging investor hotspot for BPO companies. The local government has been gearing up towards inclusive growth through local and foreign investments. The city’s 101.96 square kilometer total land area is situated at the Northeast edge of Panay Island. It is a medium-sized city composed of 47 barangays with an estimated population of around 176,000 in 2020 based on 1.29% annual average growth from 2010-2015 as recorded in the 2015 Population Census. Simple literacy rate is 99.2% with a median age of 25.5 years old in 2015. 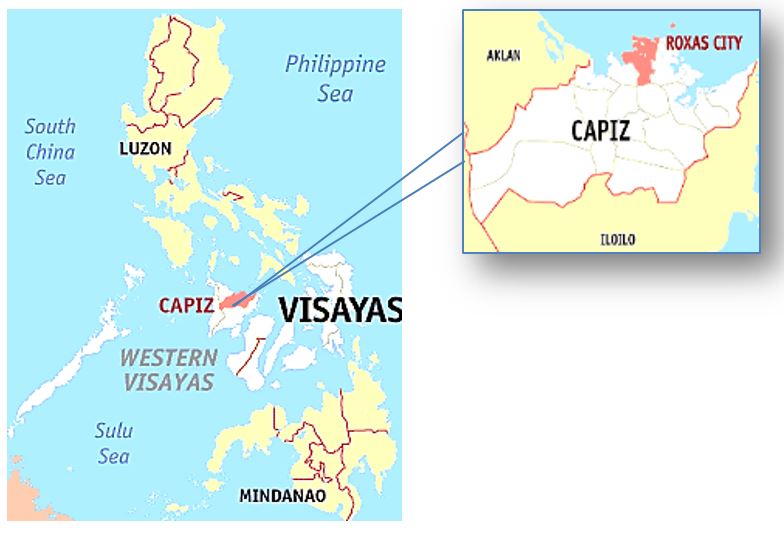 In 2018, Roxas City registered its first BPO company at the Pueblo de Panay Technopark, a PEZA-accredited industrial zone in the city. With this development, the local government is anticipating growth opportunity in the sector to facilitate more economic activities in the city. One interesting survey conducted by Pueblo de Panay showed that majority of Roxas City residents would prefer to work in Roxas City itself as long as there are enough employment opportunities.

Initially, the Information Technology and Business Process Association of the Philippines (IBPAP) has included Roxas City in their list Next Wave Cities for the IT and BPO industries. In August 2020, IBPAP replaced the Next Wave Cities with a list of areas assessed to have high potential to become digital cities that are able to meet the technological requirements of the IT and BPO industries until 2025, calling them “Digital Cities.”

The number of graduates is relatively competitive compared to the other Digital Cities, with CHED-tracked graduates totaling 4,259 for School Year 2019-2020. According to the City Planning and Development Office, human resource comes not only from Roxas City itself but also from neighboring cities such as Masbate and Romblon. In 2008, call center skills trainings and seminars were conducted by the city government. To date, with the help of Pueblo de Panay, public and private land developers have intensified their support to the IT and BPO industries through collaboration in bridging skills gaps between newly graduates and industry skills requirements. With the help of the Technical Education and Skills Development Authority (TESDA), technical innovation is also being intensified in the province.

Generally, one of the factors BPO companies considered for putting up operations in the Philippines is low-cost labor. Compared to Digital Cities, Roxas City has a low minimum wage at ₱353.00 (non-agriculture). As economic development continues to spur across the country, the minimum wage also follows as consumption from the paid workers in the respective cities eventually dictates the cost of living in the market.

Gearing up for Investment

Roxas City continues to emerge as a central business district of the Capiz province and the Northern Panay area given the number of infrastructures, support for business opportunities, and the proactive resilience plan against natural calamities and disasters. through infrastructures. It is reachable by air, land, and sea, making travel from Iloilo, Cebu, and Metro Manila smooth. Depending on the chosen mode of transportation, cost for reaching the province may vary.

Roxas City has its own airport, the Roxas City Airport located within the city proper. A plane ride from Manila takes only 45 minutes to 1 hour. There are three regularly scheduled direct flights from Manila. At least one four-hour flight that makes a stopover in Manila is also available from travelers coming from Cebu.

The city may also be accessible by bus ride or private cars from various entry points. Travel may take up to four hours from Iloilo City, and from Caticlan, Malay, and Kalibo in Aklan.

The province has five telecommunication infrastructures: Smart Communications, Globe Telecom and Sun Cellular for mobile phones, while DigiTel and Innove (Globe Telecom) for telephones. Internet service providers have also increased their services with the addition of Converge and Sky cable offering services in Roxas City to support the demands of businesses and industries.

Roxas City is not new to the flooding and landslides triggered by typhoons given that the Philippines suffers from an average of 20 tropical cyclones annually with about 50% crossing the country and hitting the greater Visayas group of islands, including Region VI. Moreover, sporadic earthquakes are also experienced across the country and pose risks to vulnerable provinces, like Capiz, which is surrounded by a body of water. The nearest fault to the province’s capital is the West Panay Fault at roughly 60km from Roxas City.

Nevertheless, disaster resilience in the province has been intensified since 2012 with the Provincial Disaster Risk Reduction and Management Council (PDRRMC) annually allocating an increased budget to at least PhP 10 million for disaster response and mitigation. The council has since realigned its budget for the procurement of fire trucks, heavy vehicles, and equipment to increase the capacity of the disaster management system of the province. Mangrove and tree planting have also been intensified to prevent emergence of sea-based and erosion-based calamities, such as storm surge and landslides.

Evacuation centers across the province were also constructed to provide support to victims of natural calamities. In fact, the local government unit, together with the PDRRMC, the Provincial Peace and Order Council, and the Provincial Anti-Drug Abuse Council, approved in 2018 the construction of a PhP42-million Emergency Operation Center to serve as coordination hub for incident response and calamity management, as well as a central intelligence site for critical disaster information not only in the province but also in the region.

Roxas City, together with the provincial government of Capiz, has been taking proactive measures to improve its disaster management system and ensure resiliency to its citizens and the industries. The local government units have institutionalized these mitigation measures to allow business continuity that will surely benefit companies in the area.

Capiz is regarded as the second Spanish settlement province in the country after Cebu. It also prides itself for being the hometown of President Manuel A. Roxas, whom the capital city was named after. Since then, provincial tourism has become popular both to domestic and international visitors for its history-rich ambience.

The province is also known for being the Seafood Capital of the Philippines–attributed to its 80-kilometer coastline and swampy land area that is easily convertible to fish farms. Tourists should be able to enjoy a wide range of seafood dishes during vacation or business travels.

Its capital, Roxas City, hosts several tourist attractions. Cottages, hotels, and resorts are widely available in the area not only to tourists but also to workers wanting to balance the office pressures with nature’s indulgences. Business and leisure travelers will enjoy a portfolio of historical shrines to visit, beaches, good food, and festivities.

Pueblo de Panay is a Filipino-inspired 670-hectare mixed-use, master-planned township located in Roxas City, Capiz on Panay Island, Visayas, making it the largest township development in Central Philippines. It has a techno-park, residential villages, condominiums, and a touristic recreational area.

The infrastructure development in the city is active and growing. The place is highly viable for eco-tourism and IT-BPO industries because of its location, culture and educated talent pool, a strategically positions itself as such. Pueblo de Panay will be proving soon to be the next hub in Central Philippines for commercial development.

Roxas City attracts expanding business ventures because of its stable business environment, availability of competent labor, and its road convenience to nearby municipalities. Its seven-hectare PdP Technopark, is equipped with fiber-optic and wireless connectivity, and is intended for BPOs and IT-enabled services. Locators in Pueblo de Panay include Robinsons Place Roxas (five-hectare PEZA zone), Urban Manor Hotel, Hotel Valencia, Punta Dulog Plaza, Pueblo Residences, and University of the Philippines in the Visayas. On the other hand, Petra Academy, the lone non-voice outsourcing company in Burgos, Roxas City teaches English to Korean students.

The city is also competitive in terms of costs of electricity at PhP10.63/kWh and water at PhP25.20/cu.m in comparison to similar areas across the region, Metro Cebu, and Metro Manila. Internet speed is consistent throughout the city at 11Mbps-14Mbps average from 2015 through 2019, which will support technological requirements of businesses.

Roxas City is an emerging site to the IT and BPO industries and with probable attraction from other industries. Pueblo de Panay is an important business hub that has allocated 150 hectares (a third of the site’s total land area) for commercial use out of the total 670-hectare mix use township. PdP Technopark is specifically designed for IT and BPM companies. Businesses will find it easy to employ quality human capital, not only in Roxas City but also from the neighboring Cities. The advantages of being an IT/BPO company up in Roxas City are enormous, as the LGU is recalibrating its local regulations to support more investment. Investing in Roxas City, particularly in Pueblo de Panay is considerably a sound business decision, both in the short and long terms.