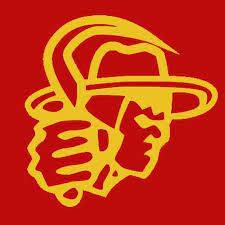 (Kilusang Magbubukid ng Pilipinas) The protest, according to KMP, is part of an ongoing series of protests against electoral fraud and the Ferdinand “Bongbong” Marcos Jr. and Sara Duterte tandem.
“We wholly reject an unholy Marcos-Duterte administration. This is a government of the worst thieves and butchers in Philippine politics,” said KMP Chairperson Danilo Ramos in a press statement.
Ramos also claimed that former senator Marcos, in his “many years” in public service, has sidelined farmers. On the other hand, he noted that President Rodrigo Duterte will “leave a legacy of deepening agricultural and hunger crisis.”
Meanwhile, recognizing that “many farmers have been killed” under the presidency of former president Marcos Sr., Ramos said that a Marcos-Duterte regime is a stab at old and fresh wounds.
“We reject any administration built upon outright lies and deception. We reject the Marcos-Duterte tandem,” said Ramos.
Meanwhile, partial and unofficial count at the Parish Pastoral Council for Responsible Voting (PPCRV) showed that as of 2:17 p.m., on Friday, May 13, Marcos is still leading the presidential race with a total of 31,104,175 votes. At second spot was Vice President (VP) Leni Robredo with 14,822,051 votes.
Bongbong’s running mate, Sara Duterte, likewise leads the vice presidential race with 31,561,948 votes.